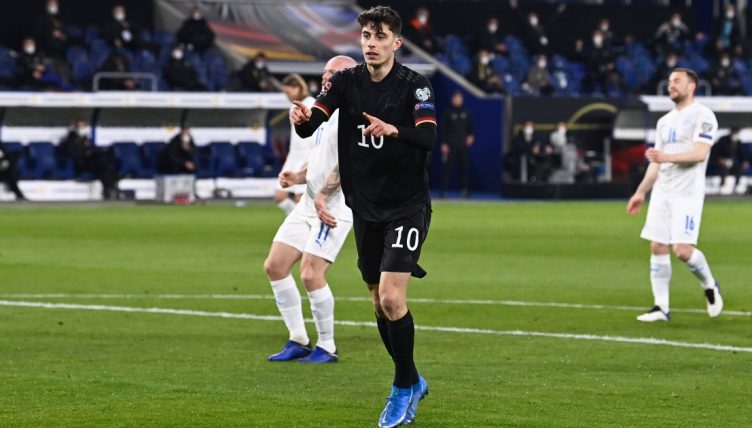 Havertz has had a difficult debut season at Stamford Bridge with illness and injuries curtailing his progress.

Yet the 21-year-old remains one of Germany’s most talented youngsters and showcased his ability against Iceland.

Germany were already leading through a Leon Goretzka goal when Iceland surrendered possession in their own half.

Sane instantly cut the ball back to the onrushing Havertz, who swept a first-time finish past Iceland goalkeeper Hannes Halldorsson.

Germany will be looking to make amends for their disastrous title defence in 2018, where they crashed out in the group stages.