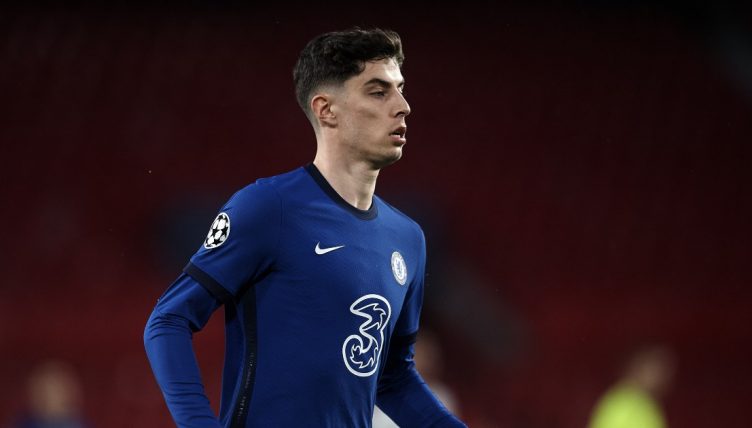 Despite being renowned for his flair and creativity, Chelsea‘s Kai Havertz showed a different side to his game during their Champions League quarter-final second leg against Porto.

Since joining the Blues in a £71million deal in 2020, Havertz has struggled to live up to expectations and has recently been criticised for his body language.

“He is simply not that guy that you will fully feel or see enraged,” Thomas Tuchel recently said in defence of Havertz. “For some, you feel they have to fight with others to get a certain momentum.

“He is not a Diego Costa kind of guy, this is simple and I will never demand he will become this. Sometimes you cannot confuse with his body language that he does not give everything. He is a very quiet character but he is very well aware of his quality. I can just repeat he stepped up.”

Despite leading Porto 2-0 on aggregate, Tuchel was as animated as ever on the touchline and the manager could be heard shouting at his players to ‘play harder’ during the game.

Havertz then embraced his inner Costa and was seen flying into a challenge on Pepe which sent the centre-back to the ground.

The Blues eventually lost the second leg 1-0 on the night but still went through on aggregate and will meet Real Madrid in the semi-finals.