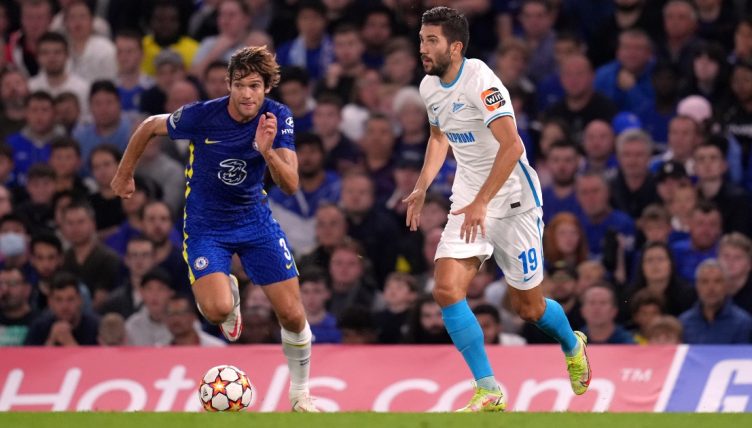 Marcos Alonso is one of the many Chelsea players who have been revitalised since the arrival of Thomas Tuchel in January and his resurgence continued on Tuesday night with a fine bit of skill in the Champions League.

In the second half, with Chelsea already leading 1-0 through Romelu Lukaku’s terrific header, Alonso received the ball from Mason Mount on the edge of the Zenit Saint Petersburg penalty area.

His marker, anticipating a return pass to Mount, tried to nip ahead of the Spanish wing-back. But Alonso dragged it behind his standing leg, sending his man careering out of the way.

He then chopped it back onto his stronger left before unleashing a low shot that flew just wide of the target.

It was reported that Alonso wanted to leave Stamford Bridge in the summer but Tuchel was apparently having none of it.

In April 2021, Tuchel explained Alonso’s value to the side: “Marcos is an intelligent and calm guy, full of self-confidence but he’s well aware of what he can do and what he cannot do.

“We decided in the first game to play a back three and to have the wing-back positions, which suits his profile perfectly. He was experienced and I had pictures in my mind of what he could give to the team in this position.”