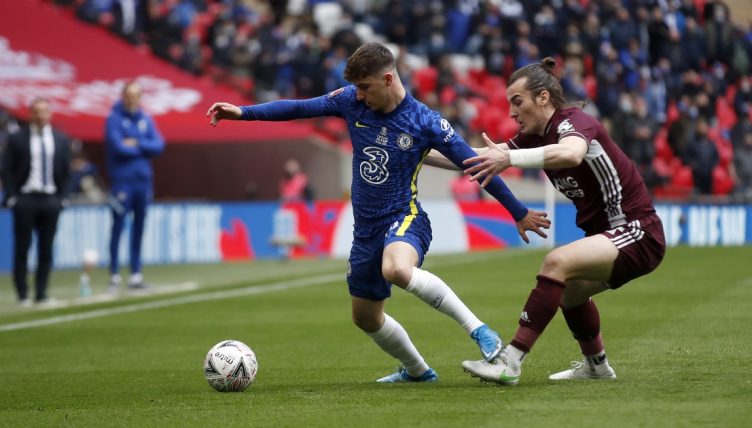 The first half of the FA Cup final between Chelsea and Leicester was cagey and goalless, but there was one lovely moment from Mason Mount.

Chelsea academy graduate Mount has been one of Thomas Tuchel’s most trusted players at Chelsea, so it was no surprise to see him in the starting XI for the showpiece occasion at Wembley.

He demonstrated his ability in the 20th minute against Leicester, receiving a looping ball deep from Marcos Alonso, before catching it on the spin to find Cesar Azpilicueta on the overlap.

There were 21,000 fans in the stands for the occasion, and while it wasn’t a goalfest before the break, was an engaging and competitive contest between Tuchel’s Blues and Brendan Rodgers’ Foxes.