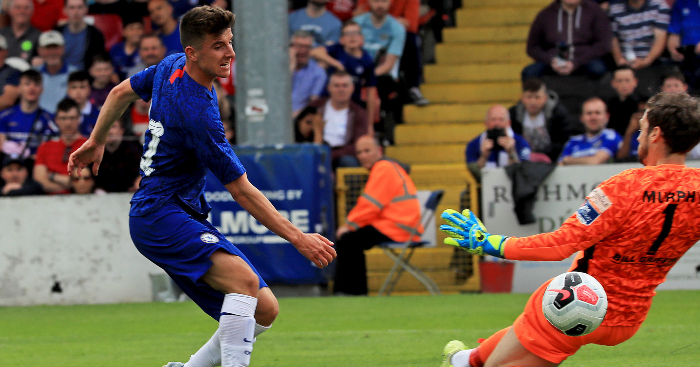 The Frank Lampard era at Chelsea is underway and the early signs are promising for the loanees.

Players from the Blues loan army have famously struggled for opportunities are their parent clubs, but with a transfer ban and another generation coming through, things might be different under Lampard.

Mason Mount knows the new Chelsea boss well, having worked under him on loan at Derby County last season. The 20-year-old was a key player for the Rams last season and was even called up by Gareth Southgate to play for England last Autumn, although he didn’t make it onto the pitch.

It looks like Mount may well feature for them next season, and stepped up to score their opener in the pre-season friendly against Dublin side St. Patrick’s Athletic. He showed good movement to get on the end of a well-worked move, and did even better to turn and get the shot away quickly once he was through.

Mount and his former Derby team-mate Fikayo Tomori were brought off at half-time as Lampard fully rotated his XI, bringing in forgotten men such as Kenedy and Tiémoué Bakayoko a chance.