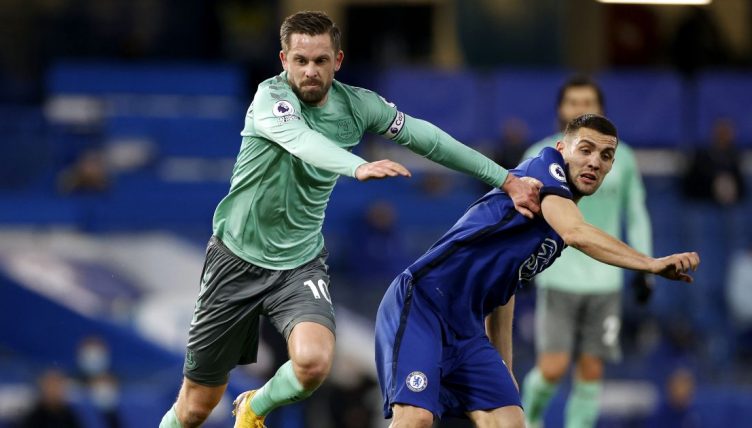 Mateo Kovacic has become a key player for Thomas Tuchel and maintained his impressive form during Chelsea‘s 2-0 win over Everton.

Kovacic was in and out of the team under Frank Lampard but has started eight of their nine Premier League games since Tuchel took charge at Stamford Bridge.

“I love him,” Tuchel said in February. “It is very easy. You can wake the guy up at 3am and he will be at Cobham at 3.15 ready to give everything, listen and play with full energy.

“You need to calm the guy down at training so he is not doing too much. He is super-reliable.”

The Blues took the lead against Everton through Ben Godfrey’s own goal and Jorginho made it 2-0 with his strike from the penalty spot in the second half.

Kovacic provided one of the highlights of the game, picking the ball up with his feet while on the floor to try and help Chelsea retain possession.