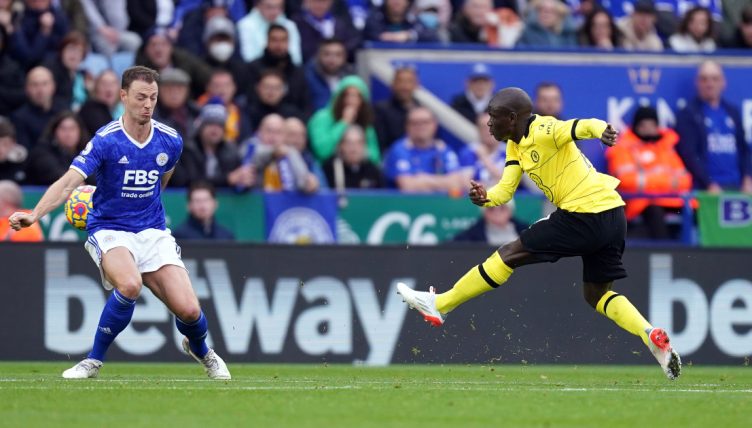 N’golo Kante had a fantastic game for Chelsea against his former team Leicester, including a slick bit of dribbling that caused Wilfred Ndidi to slip over.

Chelsea dominated the match at the King Power Stadium, comfortably winning 3-0 including a stunning long-range effort from Kante for the second.

But it would have been easy to miss when Kante caused Ndidi to slip.

It was a simple drop of the shoulder from Kante, who raced away from Ndidi, and when the Nigerian slipped, he ran back on himself to take advantage of the space. That caused Ndidi to slightly stumble again as he tried to regain his footing.

Kante was a vital part of Leicester’s Premier League title-winning side in 2015-16 before moving to Chelsea the following Summer, where he won the title once again in his first season.

N'Golo had Ndidi on a slip-n-slide man wooooo pic.twitter.com/1kZvSoJjVf