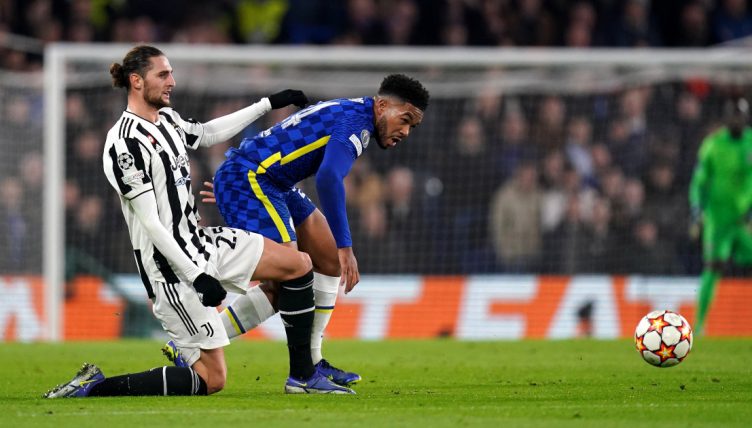 Reece James can certainly hit a football, as Juventus’ Adrien Rabiot found out for himself in the Champions League when the Chelsea right-back accidentally fired the ball into his face.

It came early on in the second half when James attempted to cross the ball but instead fired it full force into the face of Rabiot.

The France international fell to the floor and the match was temporarily stopped so he could be checked in line with concussion protocols.

It was one of several painful moments for Rabiot as his Juventus team slumped to a lacklustre 4-0 defeat at Stamford Bridge. Goals from Trevoh Choloboah, Reece James, Callum Hudson-Odoi, and Timo Werner made it a comfortable night for Thomas Tuchel’s side.

Juventus and Chelsea are both already through to the round of 16 with 12 points apiece. If Chelsea can match Juventus’ result in the final game of the group stage, they will qualify in first place.

Right in the face! 🤕

Hands up if you felt this one through the screen 🙋#UCL pic.twitter.com/6Ny2JUX2h1