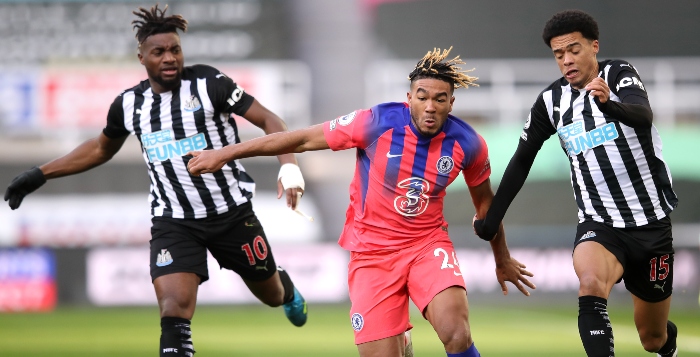 Chelsea‘s Reece James continued his impressive start to the season with a flawless performance during their 2-0 win against Newcastle United.

James has become one of their best offensive weapons, so much so that we dubbed the right-back the Cobham Cafu in the wake of his superb assist against Rennes.

The 20-year-old has also been very solid defensively this season and impressed up against the dangerous Allan Saint-Maximin at St James’ Park.

Despite being faced by Saint-Maximin and Jamal Lewis in the second half, the England international showcased his incredible pace and strength on the right flank.

He then won the ball back with a well-timed challenge before passing to a team-mate and starting an attack.