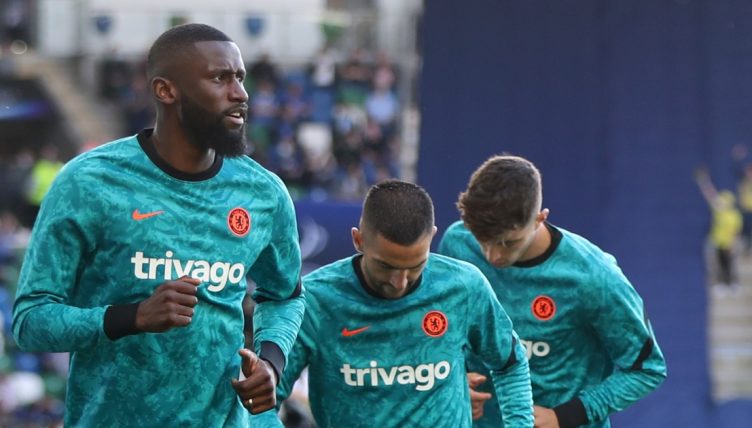 Chelsea kicked off their 2021-22 campaign where they left off with a solid first-half performance in the UEFA Super Cup final against Villarreal at Windsor Park in Belfast.

Thomas Tuchel’s champions of Europe took the lead midway through the half as Hakim Ziyech put the finishing touch to a smart, incisive mood – the Morocco international has looked sharp in pre-season, but he was substituted after appearing to suffer a painful shoulder injury.

The other real moment of note in the opening 45 minutes came shortly before the half-time whistle, when Antonio Rudiger threw himself into a crunching challenge on Yeremi Pino. He won the ball, but subsequently followed through and took out the young Villarreal defender.

Rudiger pleaded his innocence as the Villarreal players pleaded to the ref, who deemed the challenge worthy of a yellow card. Tuchel evidently wasn’t happy with the decision and received a booking himself for making his opinion known a little too forcefully.

Unai Emery’s side were awarded a dangerous free-kick on the edge of the Chelsea box but wasted the opportunity to find an equaliser on the stroke of half-time.

In the BT Sport studio at half-time, Rio Ferdinand, Joe Cole and Eni Aluko said Rudiger was perhaps a little fortunate not to be sent off. While Tuchel and Emery appeared to be arguing about the incident in the tunnel.