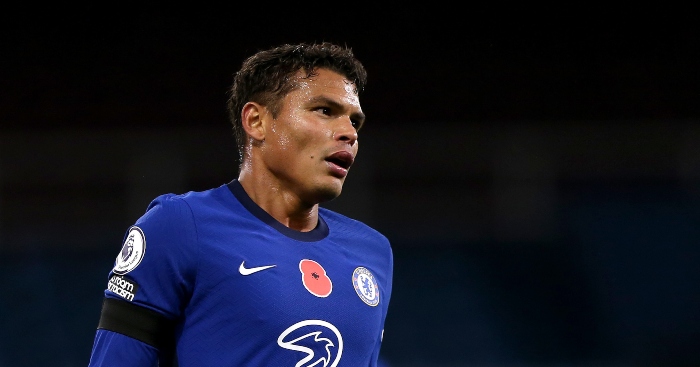 Since joining Chelsea on a free transfer in the summer, Thiago Silva has silenced any doubters and helped to fix their leaky defence.

Silva had a debut to forget against West Brom but has kept five clean sheets in his last five appearances for the Blues, including a brilliant display against Manchester United.

After impressing with his defensive skills, the centre-back decided to showcase his incredible passing range during Chelsea’s 3-0 win over Rennes.

Receivng the ball in his own half, Silva picked out the onrushing Reece James – or the Cobham Cafu, as we like to call him – with a sensational pass that completely cut through the Ligue 1 side’s defence.

The move deserved a goal at the end of it, but Timo Werner wasn’t quite able to meet James’ cross.

Thiago Silva done: The 19 players Chelsea have signed from Ligue 1