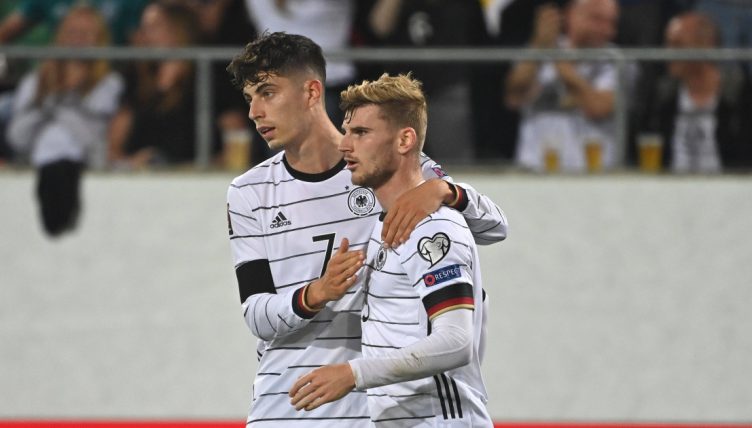 Chelsea‘s Timo Werner had Kai Havertz to thank for creating his goal for Germany during their recent win over Iceland – and he’s repaid his team-mate by startling the living daylights out of him.

Both players have had plenty in common during their time in English football. Bought for expensive fees, Werner and Havertz struggled during their first season at Stamford Bridge but demonstrated flashes of the quality which made the club invest in them.

While Werner has been relegated to the subs bench by the arrival of Romelu Lukaku, Havertz has blossomed since his Champions League final winner and has started the season in fine form.

After providing Werner with his mid-week strike in Iceland, Havertz was on the receiving end of a training ground prank as the pair reconvened with Chelsea.

Lurking silently on a flight of stairs, Werner waited for his team-mate to come around the corner before jumping out to scare him as Ben Chilwell recorded the moment for Instagram.

The results were worth the wait as Havertz looked like he’d seen a whole squad’s worth of ghosts.