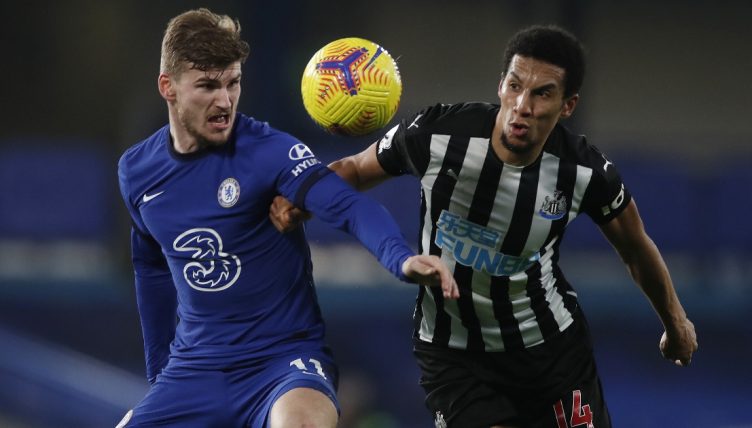 Thomas Tuchel’s great start to life as Chelsea manager continued on Monday evening, with Timo Werner putting in a man of the match performance in a 2-0 win over Newcastle.

The Germany international scored his first Premier League goal since early November, having put in a lively performance against Steve Bruce’s Magpies, and a key role in setting up Olivier Giroud’s opener.

His performance in a comfortable victory helped move the Blues back up into the top four, moving ahead of champions Liverpool in the race for top-four qualification.

After some promising collective performances in the early weeks of Tuchel’s reign, Werner refinding his goalscoring touch would be perfect timing ahead of the business end of the 2020-21 campaign.

And regardless of what he did with the ball at his feet, the forward clearly has focus and intensity if this fearsome death stare in the direction of referee Peter Bankes is anything to go by.