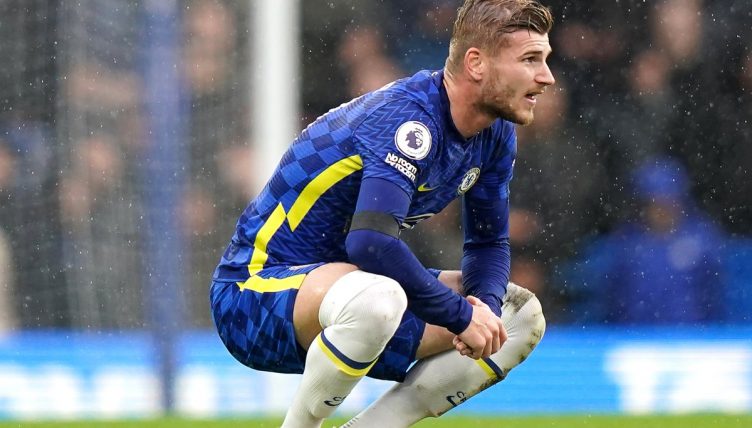 Chelsea‘s German striker Timo Werner has cultivated a terrible reputation for profligacy in his time at Stamford Brige – and a miss against Malmo in the first half of the Blues’ Champions League match on Wednesday night did nothing to improve it.

Chelsea ended up winning the game comfortably, with first half goals from Andreas Christensen and Jorginho added to in the second period by Kai Havertz and Jorginho once more.

Both of Jorginho’s efforst came fromthe penalty spot – the second won by Anotonio Rudiger, who reacted wonderfully to being brought down.

When Werner was presented with a golden opportunity early in the first half, though, he was nowhere near as clinical as his Italian international team-mate often is from 12 yards.

Romelu Lukaku was played in down the right, crossed low and hard across the six yard box and watched on as Werner somehow managed to direct the ball wide when it looked easier to score.

Werner’s blushes were spared by an offside flag, but his night would get worse later in the first half, when he tweaked and hamstring and needed to be withdrawn.