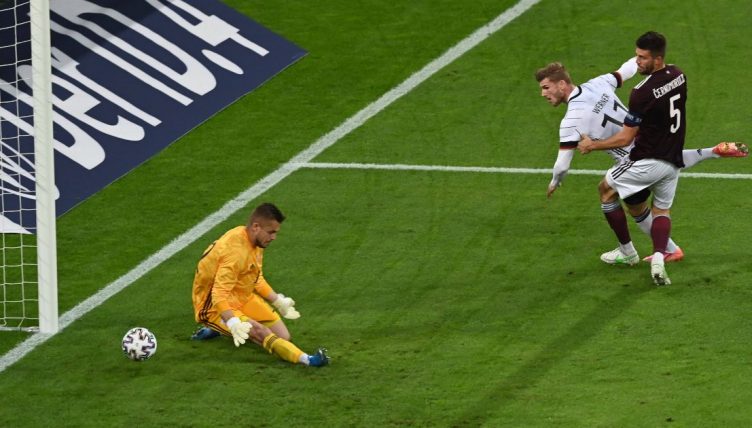 Chelsea‘s Timo Werner needed just five minutes on the pitch to find the back of the net during Germany’s 7-1 win over Latvia.

Having starred for Bayer Leverkusen in the Bundesliga, expectations were high when Werner completed his £45million move to Chelsea in 2020.

But he endured a frustrating debut season at Stamford Bridge, scoring just six goals in 35 Premier League appearances in 2020-21.

The 25-year-old has still shown glimpses of his undoubted quality and was named in the Germany squad for Euro 2020.

Werner started on the bench for their friendly st Latvia before replacing Chelsea team-mate Kai Havertz, who had registered a goal and assist for Joachim Lowe’s side.

The striker made an immediate impact, connecting with Joshua Kimmich’s cross and beating the goalkeeper with a smart finish.