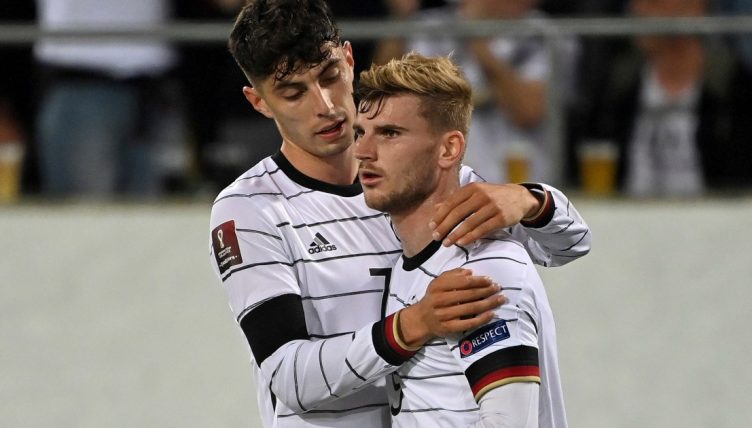 Timo Werner may not have been in the finest scoring form for Chelsea over the past 12 months, but he showed he’s still got an eye for goal with a clever finish for Germany on Thursday night.

Die Mannschaft played Liechtenstein away and won 2-0 against their stubborn opponents. On his 43rd cap, Werner put Germany 1-0 up before the break.

Teenage Bayern Munich midfielder Jamal Musiala took the ball from the left and weaved his way through the massed ranks of blue Liechtenstein shirts before playing it into Werner’s path.

The Chelsea man took one touch to go past his marker before coolly slotting the ball between the goalkeeper’s legs and into the net.

Werner hasn’t always shown the same level of calm in front of goal since his move to west London, but his club manager Thomas Tuchel defended him passionately in April.

The Chelsea boss said: “This guy has scored goals since he was five years old, and he never stopped, so he can trust that his brain and his body remembers to do that because it is absolutely usual for him to score.

“So it will come back; it is just a matter of time.”

If Timo Werner can get a bit of consistency and a run in the side he could genuinely explode this season! You don’t lose that goal scoring ability over night, and I’m sure with the arrival of Rom he’ll be eager to earn a spot back in the team. pic.twitter.com/dp8hRNoIIR