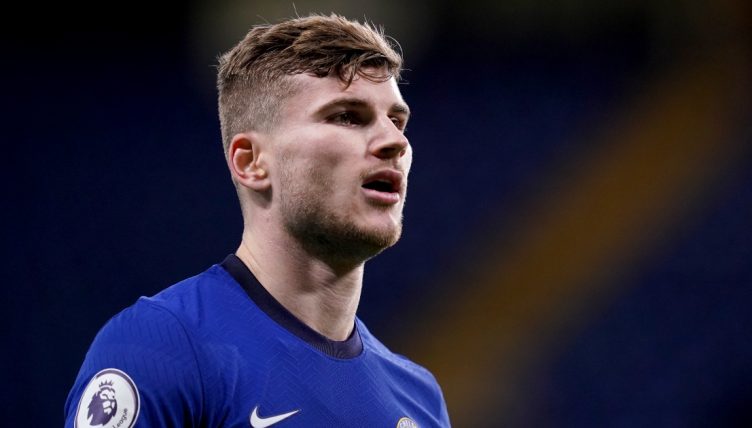 Chelsea fell to a 1-0 defeat against London rivals Arsenal on Wednesday night despite creating plenty of chances.

Possibly distracted by Saturday’s FA Cup Final against Leicester, Chelsea were sluggish at the start and gifted Arsenal the lead through a farcical backpass by Jorginho.

But they improved thereafter and made enough chances to have won the game.

One of the biggest fell to Olivier Giroud. Having come on as a substitute in the 63rd minute, Giroud was presented with an opportunity to equalise following good work by Mason Mount.

Up in the stands, the watching Timo Werner couldn’t believe what he’d seen and reacted with exaggerated shock.