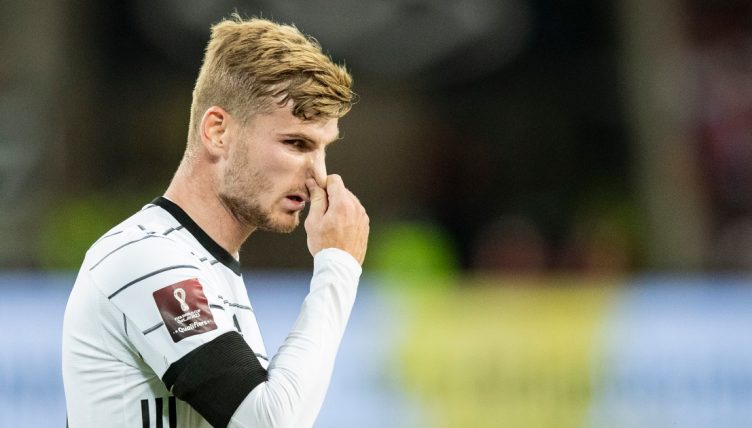 Chelsea striker Timo Werner had another moment to forget during Germany’s 4-0 win over Iceland on Wednesday night.

After scoring 95 goals in 159 appearances in all competitions for RB Leipzig, Werner joined Chelsea in a £47.5million deal last summer.

Despite helping the Blues finish 2020-21 as Champions League winners, he was regularly criticised for a lack of composure in front of goal.

The 25-year-old scored just 12 goals in 52 appearances in his debut season in England and also made a number of high-profile misses.

Thomas Tuchel’s side signed Romelu Lukaku in the summer, leaving Werner to settle for a place on the bench in their last two league games.

Despite his struggles at club level, he registered two goals and an assist in Germany’s recent World Cup qualifiers against Liechtenstein and Armenia.

After Chelsea team-mate Antonio Rudiger netted against Iceland, Wener looked set to make it 4-0 but somehow managed to miss an open goal.

The striker didn’t let it knock his confidence and was still able to make it three goals in three games, rolling the ball past the goalkeeper in the 88th minute.