Watch: Chivas player punches Giovinco in front of ref; no card given 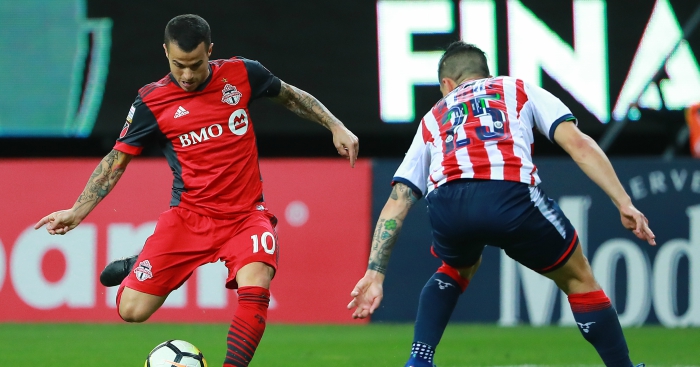 Sebastian Giovinco endured an unhappy evening in the CONCACAF Champions League final as Toronto were beaten on penalties by Chivas – and he was punched by an opposition defender.

Trailing 2-1 to the Mexican outfit after the first leg, Toronto made the worst possible start as Orbelin Pineda extended Chivas’ lead.

But Jozy Altidore pulled a goal back for the reigning MLS champions and Giovinco levelled the scores on aggregate just before half-time.

But the former Italy international was left aggrieved as he recieved a punch to the stomach right in front of the referee, only for the opposition defender to escape without punishment.

After neither side could find a winner in extra-time, Chivas triumphed in a penalty shootout, with Michael Bradley missing the decisive spot-kick.