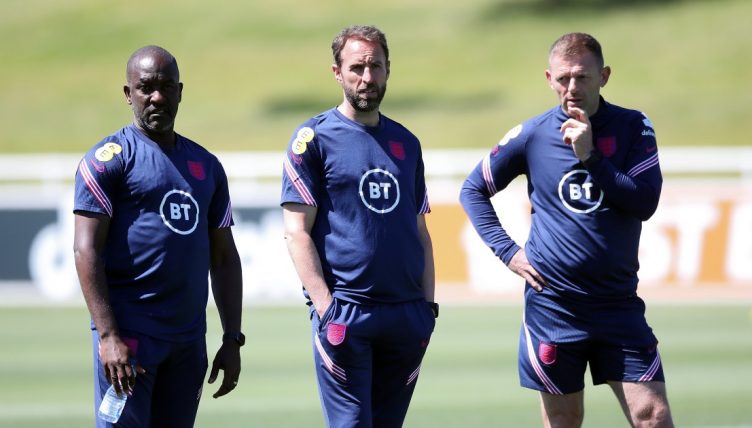 It’s the morning after the night before and you imagine there’ll be plenty of hungover but happy England fans reliving their stunning 4-0 Euro 2020 quarter-final victory over Ukraine.

From the goals themselves and some excellent attacking moves to Jordan Henderson backheeling it in his own box to set England on the attack, there’s an abundance of highlights to watch and watch again.

And that’s just from what happened on the pitch. There’s all kinds of lovely and wholesome clips from the celebrations and post-match analysis. Arsene Wenger praised Gareth Southgate and Henderson, Jude Bellingham gave his shirt to Birmingham City fans and Declan Rice had a hilarious reaction to accidentally getting choked by Harry Kane amid the throng of celebrations.

But arguably the best clip of the lot is Chris Powell, one of the nicest blokes in football, jumping on Jack Grealish’s back after one of the goals.

The Tottenham coach, who previously managed Charlton, Huddersfield and Southend and made five appearances for England during his time as a left-back, looks like he’s enjoying it just as much as every England fan watching from home.

The story of the ex-Charlton midfielder that went to Malta, Poland & Iceland