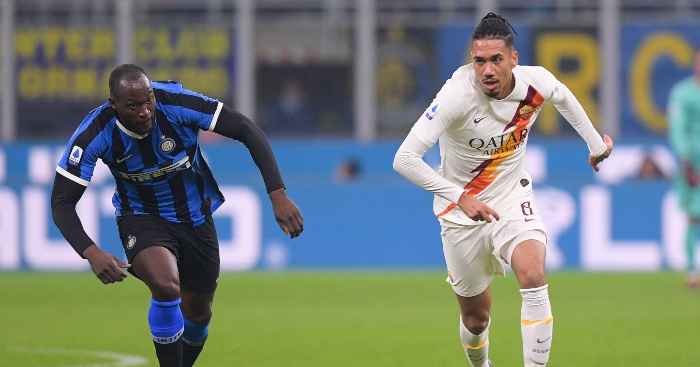 Former Manchester United teammates Chris Smalling and Romelu Lukaku reunited on Friday after they were involved in a race storm in Italy.

Lukaku, now at Inter Milan, and Smalling, on loan at Roma, spent two years at Old Trafford together but they were on opposing sides for the Serie A clash.

The pair had both featured on the front page of the Corriere dello Sport newspaper earlier this week, with the controversial headline titled ‘Black Friday.’

On the pitch, Lukaku was unable to get the better of Smalling as the two teams played out a 0-0 draw at the San Siro but they still embraced after the full time whistle.