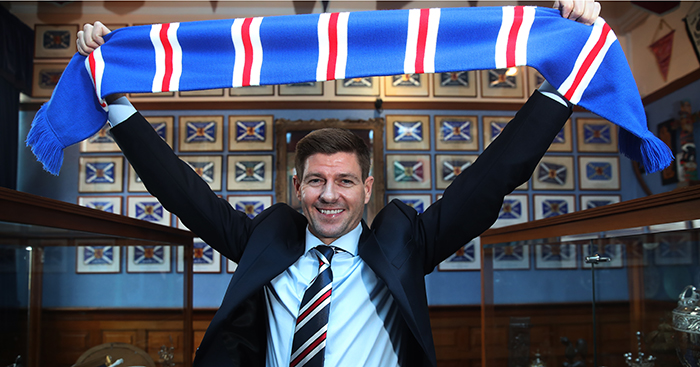 Former Celtic striker Chris Sutton has criticised the English media for comments they have made about Steven Gerrard’s appointment as the new Rangers manager.

Rangers confirmed the appointment of Gerrard on Friday as a replacement for Graeme Murty, who had been in interim charge at Ibrox since the sacking of Pedro Caixinha in October.

Gerrard, who has signed a four-year contract, will not begin work until June 1 because of his commitments with Liverpool and BT Sport, but it is an appointment which has already got the English media excited, with Mark Pougatch describing it as “the best day for Rangers and Scottish football since Gazza signed in the 90s”.

Sutton, who spent six years at Celtic between 2000 and 2006, clearly took offence to Pougatch’s comments, responding: “I get fed up hearing a lot of noise from down south – ‘he’s going to cut his teeth, it’s a good learning curve’.

“It’s a brutal environment. This is a massive club, a massive institution. Rangers and Celtic size-wize blow away most of the English clubs.

“He wants to manage Liverpool one day, that’s his aim. He couldn’t have a harder apprenticeship than at Rangers.

"I get fed up of hearing noise from down south saying he's going to cut his teeth there. This is a BRUTAL environment, this is a MASSIVE club."

"Rangers & Celtic blow away most of the English club in size."