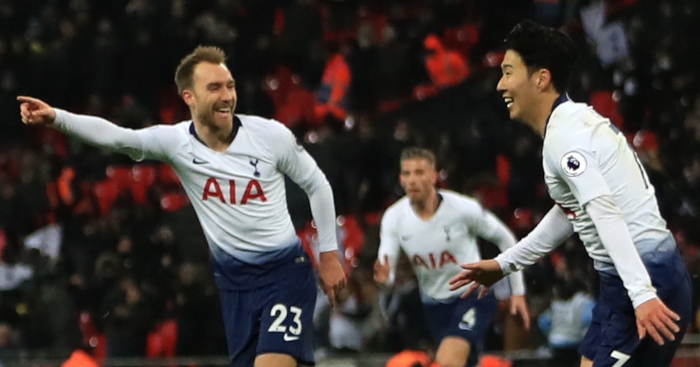 Tottenham made a winning start to life at their new stadium with a 2-0 victory over Crystal Palace on Wednesday night – and Son Heung-min and Christian Eriksen were the stars of the show.

Spurs were made to work hard in front of 59,215 fans in their £1billion ground, with the first half passing by without a goal against a dogged Palace outfit.

But Son eventually opened the scoring in the second half with a deflected effort on 55 minutes, and Eriksen secured all three points with another scrappy effort with 10 minutes remaining.

And the duo brilliantly linked up to almost create a third goal thanks to some eye-catching skill from the Denmark playmaker.