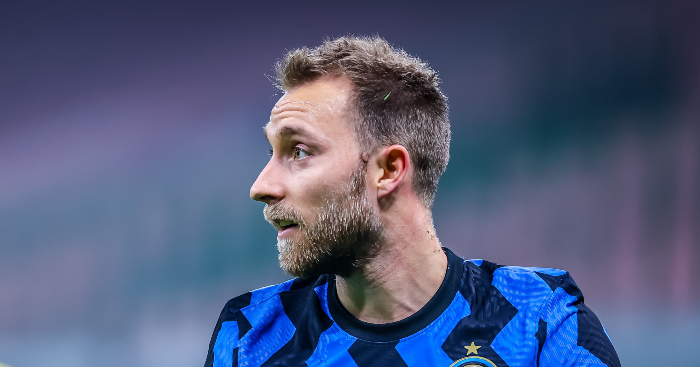 The Coppa Italia quarter-final between AC Milan and Inter lived up to the hype, and it had a fitting climax to cap it off – a sensational match-winning free-kick from Christian Eriksen.

The Denmark international has struggled since moving from Tottenham to Inter a year ago, failing to convince Antonio Conte to give him regular opportunities with reports already tipping him to move back to the Premier League.

But he finally had a big moment in the famous blue and black shirt, and what a moment it was too.

After a brilliant and breathless Milan derby, which included a 39-year-old Zlatan Ibrahimovic scoring the opener before clashing with his old Manchester United teammate Romelu Lukaku and later getting sent off.

Lukaku then got Inter back on level terms from the penalty spot, and Inter kept pushing ten-man Milan to clinch it. Eventually they did, following Eriksen’s 88th-minute introduction.

Nine minutes later, in the seventh minute of stoppage time, Inter were awarded a free-kick just outside the D. Eriksen was the man for the moment, superbly whipping it in, just under the crossbar.

Just imagine the noise if the San Siro was full for this.