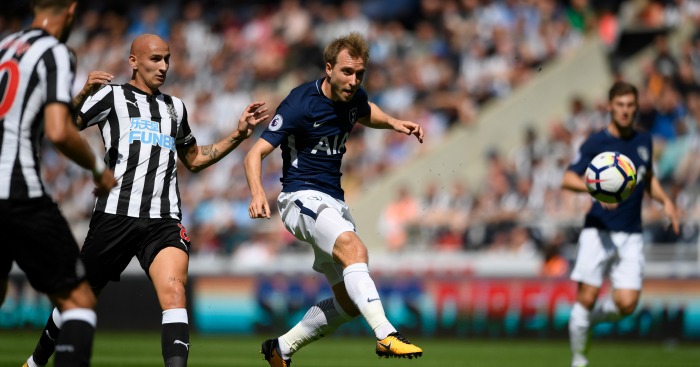 Christian Eriksen proved his class yet again as Tottenham kicked off their Premier League campaign with a 2-0 win at Newcastle United.

Mauricio Pochettino’s men got their season underway in the perfect manner by collecting all three points in pretty comfortable fashion at St James’ Park.

After a goalless first half, Spurs were undoubtedly helped by Jonjo Shelvey seeing red for newly-promoted Newcastle following a stamp on Dele Alli.

Alli then put Tottenham ahead before Ben Davies doubled the visitors’ lead to secure the victory.

Our favourite moment, however, was Eriksen’s ludicrous flick late on. What a player.