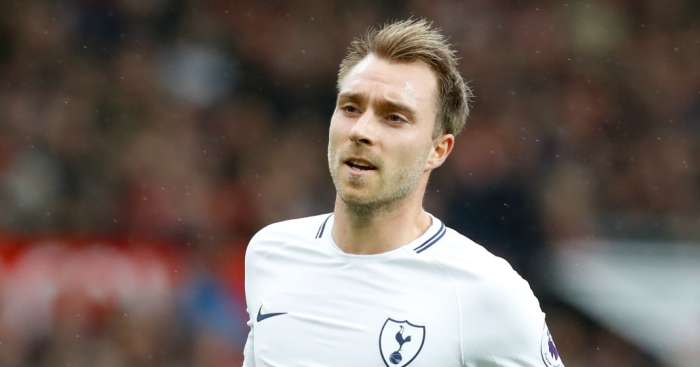 Tottenham slipped to a 1-0 defeat at Manchester United – but Christian Eriksen provided Dele Alli with a great chance to score with a brilliant pass.

In an unsurprisingly cagey affair, neither team produced many clear cut chances at Old Trafford before United snatched all three points with a late goal.

Spurs’ best chance came when Alli failed to connect properly with the goal at his mercy in the second half.

And the England international’s miss was punished when substitute Anthony Martial latched on to a Romelu Lukaku’s flick on to fire past Hugo Lloris with 10 minutes to go.

But we shouldn’t let Alli’s miss detract from the quality of Eriksen’s pass. What a player.