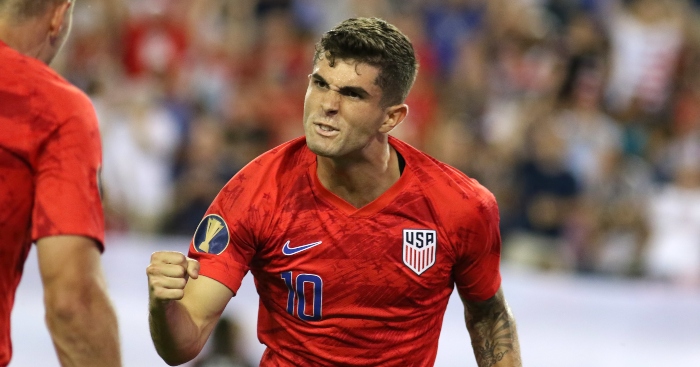 Christian Pulisic gave Chelsea fans another taste of what to expect at Stamford Bridge next season with a brilliant display as USA beat Jamaica 3-1 in the Gold Cup semi-finals.

Chelsea signed Pulisic in a £57.6million January transfer, but the winger spent the second half of the season back on loan at Borussia Dortmund.

The 20-year-old has long been considered one of the best young players in the world and has been given the tough challenge of replacing Eden Hazard, who has joined Real Madrid.

And Pulisic gave a glimpse of his Hazard-esque dribbling by beating a Jamaica defender with a cheeky backheel before skipping past another and firing a dangerous cross into the box.

After Weston McKennie gave the USA an early lead, Pulisic later doubled their lead with a close-range finish in the second half.

Jamaica pulled a goal back through Shamar Nicholson, only for Pulisic to secure victory with his second of the night.