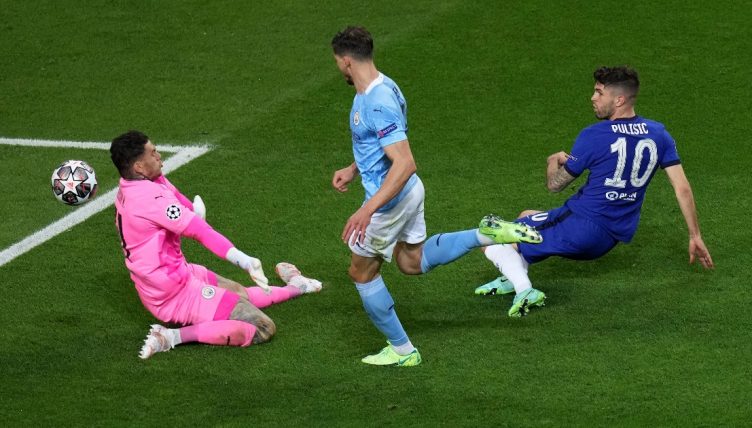 Manchester City and Chelsea met in the final of the Champions League on Saturday night, marking the third time two English sides had faced-off in the event.

Pep Guardiola caught many off guard with his team selection, opting to omit both Fernandinho and Rodri from the start, including Raheem Sterling instead in an attacking line-up.

But it backfired in the first half, as Kai Havertz was granted the freedom of the Estadio do Dragao, latching onto Mason Mounts through ball, rounding Ederson and slotting home.

Both teams suffered significant injury blows, with Thiago Silva limping off with a groin strain in the first half and Kevin De Bruyne exiting in a groggy state after a nasty clash with Antonio Rudiger.

City continued to pile on the pressure, but struggled to create any clear cut chances in the second half, Thomas Tuchel’s men had the perfect opportunity to confirm the victory.

Substitute Christian Pulisic was sent clean through on goal following some smart hold-up play from Havertz.

But the American fluffed his lines at the crucial time, failing to make a strong connection with his shot and sending it wide of the right-hand post.

Thankfully, it did not make a difference for the Blues in the end.