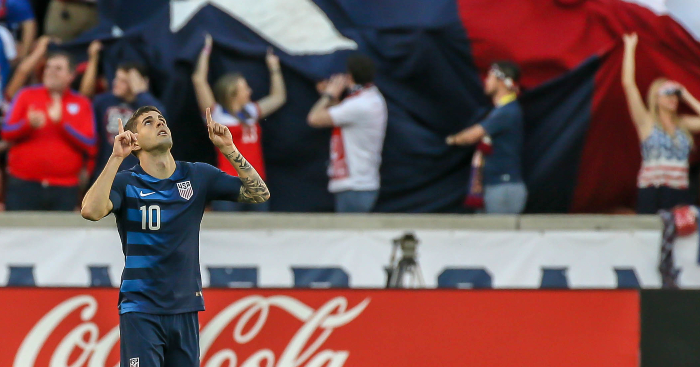 Christian Pulisic gave Chelsea fans an exciting taste of what they can expect with a great goal and Eden Hazard-esque piece of dribbling over the international break.

After starring in the USA’s 1-0 win over Ecuador last week, Pulis opened the scoring in the 1-1 draw against Chile on Tuesday night when he calmly finished off a one-on-one after a burst forward from midfield which might have Chelsea fans thinking back to a certain midfielder from not so long ago who had a habit of making such runs.

And Pulisic’s goal came a few days after he had emulated a current Chelsea star when, wearing No.10, he absolutely rinsed Antonio Valencia from a tight spot in the corner, somehow managing to get past him from a standing start.

The 20-year-old attacking midfielder has suffered a slightly frustrating season with Borussia Dortmund, not getting as many minutes as he might have liked in their title challenge, but he looks the future of his national team and will complete a €64m move to Stamford Bridge in the summer.

You can watch both his goal and dribble below.