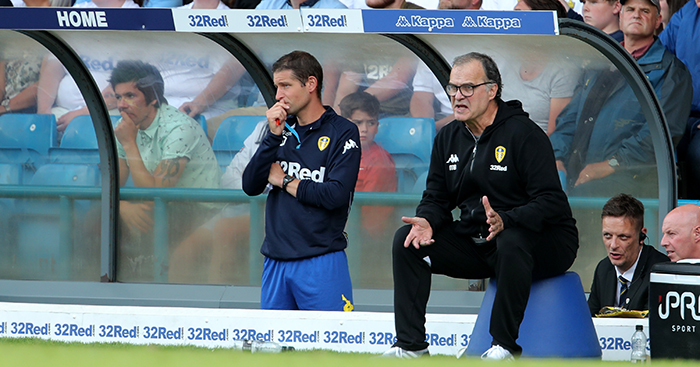 It hasn’t taken long for Marcelo Bielsa to win the hearts of Leeds United fans with his brand of football and eccentric personality – and now they’ve come across an old clip showing him at his hilarious best.

Bielsa has led Leeds to the top of the Championship in his first job in English football, with four wins and a draw from their opening five league games.

The intensity in which the Whites have shown both on and off the ball has caught the eye, but supporters have been just as entertained by what they’ve been witnessing off the pitch from their new manager.

Bielsa has taken to sitting on a bucket on the touchline at Elland Road to afford him a better view of proceedings, and we can only hope none of his coaching staff are careless enough to rest any hot drinks on there when the Argentine gets up…

Marcelo Bielsa accidentally sitting on some coffee from r/LeedsUnited