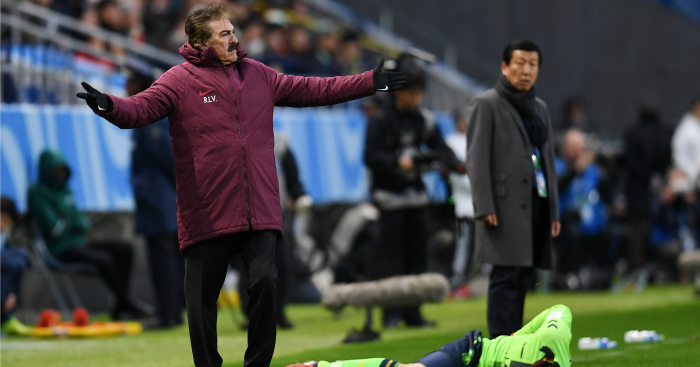 Being a football manager must be an incredibly frustrating job – especially for those who previously played at the highest level.

If your players fail to implement your tactics or perform to the level you yourself were once capable of, the temptation to get out on the pitch must be almost too much to bear.

And for Club America manager Ricardo La Volpe, the temptation got the better of him this weekend as he could not resits putting a foot in on a member of the opposition.

With his side a goal and a man down to Chivas in the Classico Nacional, the former Argentina international tackled Jesus Sanchez on the touchline after the right-back tried to retrieve a ball heading out of play.

Unsurprisingly, the 65-year-old was sent to the stands, and his team went on to lose the match – with reports suggesting the defeat may be La Volpe’s last game in charge of Club America.

Even if that may prove to be the case, we salute the veteran’s commitment to the cause.