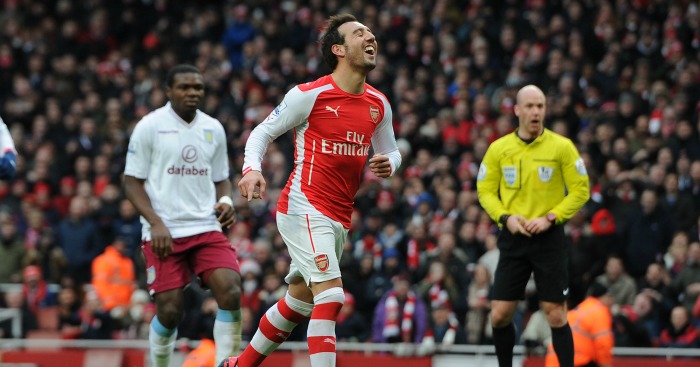 We’re starting to really miss the sight of Santi Cazorla dancing around Arsenal‘s midfield – and we’re certain we’re not the only ones.

Cazorla has not appeared for Arsenal since the Champions League victory over Ludogorets after injuring his Achilles.

The absence of the Spain international has left a gaping hole in the Gunners’ midfield over the past year, and he will not return this year after being left out of Arsene Wenger’s initial Premier League squad.

Cazorla posted an Instagram video as he steps up his rehabilitation earlier this week, but as a reminder of his brilliance, here’s a compilation of some of his mesmerising ball control.

As Jamie Redknapp once said: “You couldn’t get the ball off him in a phone box.”

“You couldn’t get the ball off him in a phone box”. – Jamie Redknapp on Cazorla. pic.twitter.com/FfsdMvgVAz