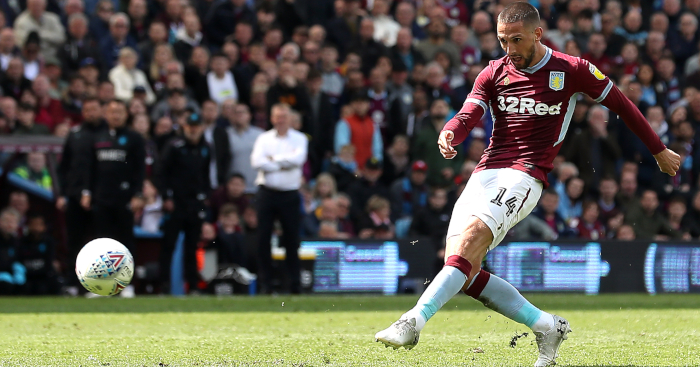 Conor Hourihane hit a screamer from outside of the box as Aston Villa defeated West Brom 2-1 in the first leg of the Championship Play-off Semi-Finals.

Villa found themselves 1-0 down after just 16 minutes with Dwight Gayle opening the scoring for West Brom. However, Hourihane’s wonderstrike levelled things out in the second half and Tammy Abraham sealed the win with a penalty.

Gayle saw red for sliding in on Villa keeper Jed Steer and will now miss the second leg of the tie.

Aston Villa have scored some remarkable goals already this season and their Goal of the Season competition was outrageously good.

See how Hourihane’s effort compares below – we reckon it’s well up there.