Watch: Conte says Eric Dier could be one of the best CBs in the world 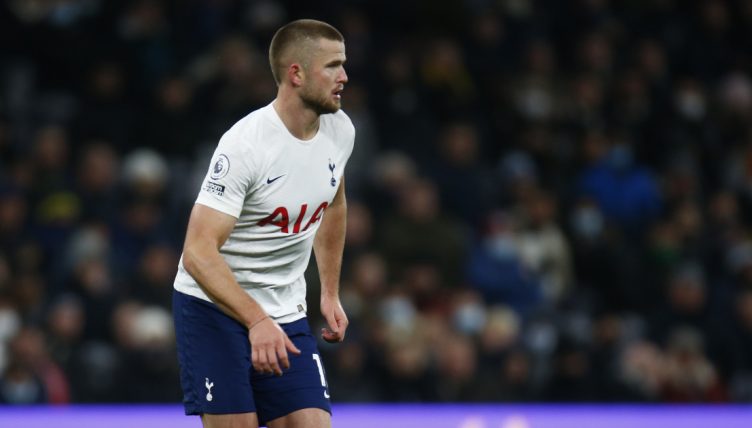 Conte has come out with a bold statement ahead of Spurs’ League Cup Quarter-final clash with West Ham by claiming that Eric Dier could be one of the best central defenders in the world.

Speaking to media in his pre-match press conference, the new Spurs boss said he believed Dier could hit lofty heights.

“Eric Dier can become one of the best players in the world in that position [centre-back],” he told journalists.

“I think that position is perfect for him.

“For sure, he needs to work and continue to improve, to understand very well the movement with the defensive lines.”

Conte has so far employed his trademark three at the back formation at Spurs with advanced and hard-working wing-backs, a system that gave him success at both Chelsea and Inter Milan.

Dier has generally sat in the middle of the back three and hit a good vein of form which has coincided with the new manager’s arrival.

“He has to lead more the defensive lines because in that position he has to speak a lot because you stay in the middle and in the back,” Conte said, explaining Dier’s role.

“You can see everything  [from that position], I think he has great space for improvement and we are talking about a really good player, strong physically, good personality and good technically because he was a midfielder.

“This role is perfect for him.”

Dier, 28, is in his eighth season at Spurs since moving from boyhood club Sporting in 2014 having spent most of his early life in Portugal.

🗣️ "Eric Dier can become one of the best players in the world in that position."

Antonio Conte says Eric Dier has all the traits to become one of the best central defenders | #THFC pic.twitter.com/cMqhUJK3hB