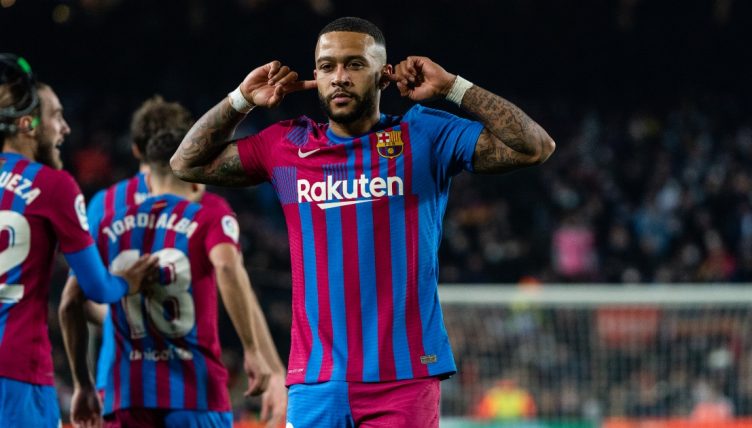 Xavi Hernandez made a winning start as Barcelona manager after a Memphis Depay penalty was enough to defeat local rivals Espanyol 1-0 in La Liga.

Xavi returned to his former club earlier this month after the sacking of Ronald Koeman following a disappointing start to the season.

And the legendary midfielder oversaw a much-needed victory in the Barcelona derby at the Camp Nou.

After a goalless first half, Depay went over in the penalty area after a superb pass by Gavi. Espanyol defender Leandro Cabrera clearly touched the ball but the decision stood and Depay made no mistake from the spot.

It was a nervy performance that will have left Xavi under no illusions about the difficulty of the task ahead, but he was pleased to secure three points.

“They made things complicated for us in the last 15 minutes,” said Xavi. “We would have deserved 2-0 but it’s a good win to start the project.”

Barcelona face Benfica in the Champions League during midweek as they look to recover from the stuttering start to the campaign.

The Xavi era starts with a win for @FCBarcelona in the Barcelona Derby! 🔵🎩🔴