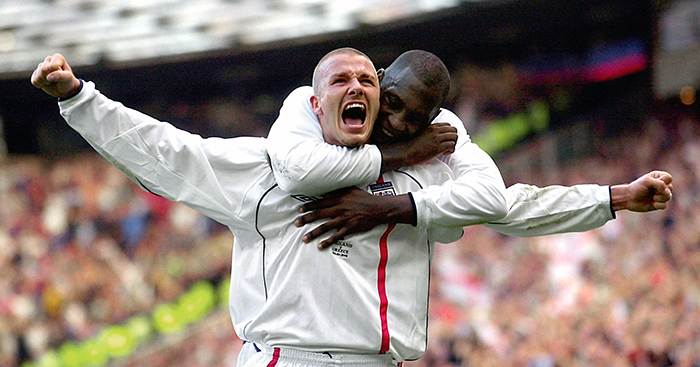 Say the name David Beckham to any football fan in England and one moment in particular is likely to spring to their mind before any other.

Sure, there was the goal from the halfway line against Wimbledon, or winning the treble with Manchester United, or becoming a Galactico at Real Madrid, but Beckham’s genius crystalised with *that* free-kick against Greece to take England to the 2002 World Cup.

Amid the glamour of Beckham’s life on and off the football pitch, the hardship he faced and sheer bloody-minded determination he required to reach that point often gets overlooked.

After becoming vilified in England following his red card against Argentina in the 1998 World Cup, Beckham’s story could have been so different were it not for that afternoon against Greece in 2001.

We fall in love with football because of moments like those, and COPA90 have devoted a brilliant new series to documenting them.

Beckham’s story of redemption, culminating in the free-kick we all dream of scoring, is first up in That Moment When with Eli Mengem, and you don’t want to miss it.