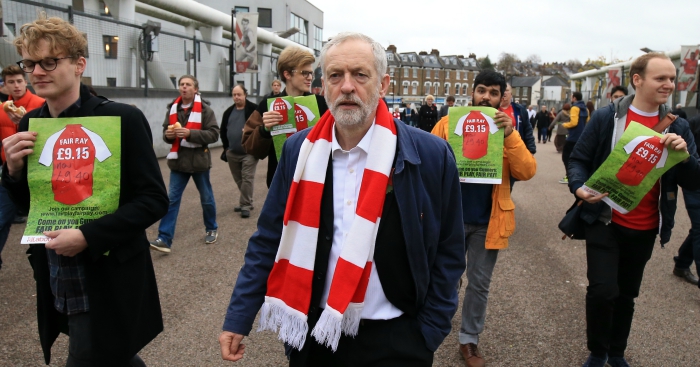 Jeremy Corbyn says he was happy to see Alexis Sanchez leave Arsenal in January in a wide-ranging interview with Copa90.

Labour leader Corbyn is known as a big Arsenal fan and is often spotted attending matches at the Emirates, while he has also struck up a friendship with Hector Bellerin.

Our friends at Copa90 spoke to Corbyn as part of the Show Racism the Red Card campaign, and the 68-year-old urged organisers of the World Cup in Russia to stop any matches in which any racist abuse occurs.

When quizzed about his beloved Arsenal, the Islington North MP admitted he was happy to see the “endless debate about Alexis Sanchez was over and that he finally moved”, while he welcomed news of Mesut Ozil signing a new contract with the Gunners.

Watch the fascinating interview below.