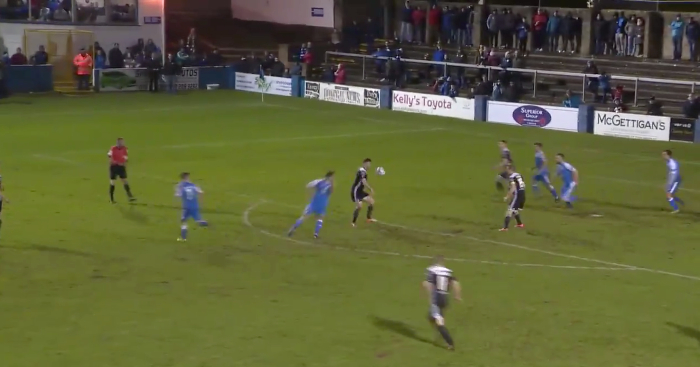 The Blackburn Rovers academy product scored two goals in an exciting 4-3 win over Finn Harps, as Cork City had to battle from behind twice for the win.

By far the most memorable moment of the match was this goal, though. Morrissey takes two perfect touches on the edge of the box to control the ball and turn the onrushing defender and then smashes it on the volley.