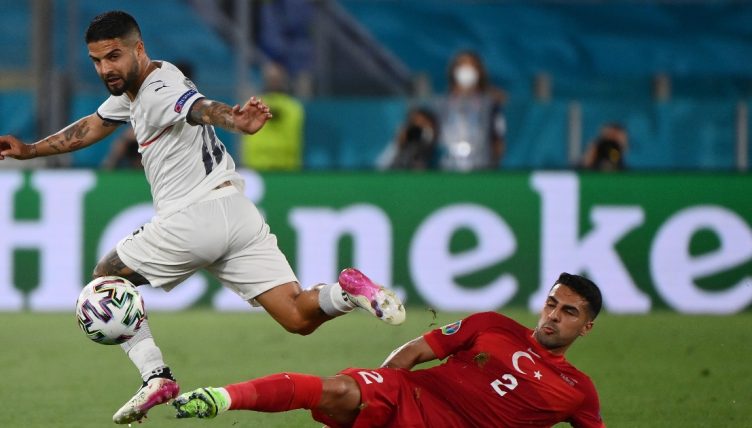 Italy put in a brilliant performance during the opening game of Euro 2020, comfortably beating Turkey 3-0 at the Stadio Olimpico on Friday night.

They were made to wait until the second half before they took the lead, however. Turkey goalkeeper Ugurcan Cakir made a brilliant save from Giorgio Chiellini’s header in the first half but could do nothing about the opener.

Domenico Berardi’s driven cross was diverted into his own net by Merih Demiral, before Ciro Immobile made it 2-0 moments later.

So often a goal machine in the Olimpico with Lazio, the marksman was on hand to poach the second, slotting home after Leonardo Spinazzola’s shot was parried by Cakir.

Lorenzo Insigne made it three in the 79th minute, curling home brilliantly after a slick Italian move. But there was a moment that left the Napoli winger baffled while the scores were still level.

The goalscorer tapped the ball to Berardi from a corner, who was stood on the byline, only for the linesman’s flag to go up immediately. Cue some absolutely baffled faces.