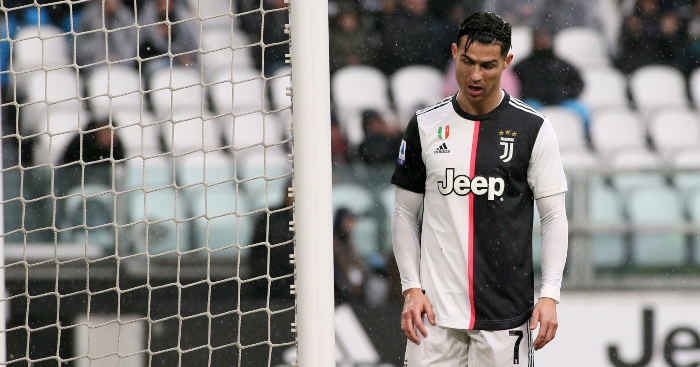 Cristiano Ronaldo usually provides a match-winning moment – but he prevented Juventus from taking all three points against Sassuolo.

With Juventus looking for a winner in the last 20 minutes, Paulo Dybala received the ball in the area and unleashed a strike on the turn.

However, Ronaldo was standing near the goal-line and inadvertently stopped the shot from troubling the goalkeeper so the score remained at 2-2.

Juventus went ahead after 20 minutes through Leonardo Bonucci, but Jeremie Boga equalised for the visitors two minutes later.

Francesco Caputo then gave Sassuolo a surprise lead after a mistake from Gianluigi Buffon. Ronaldo brought the scores level with a second-half penalty but they couldn’t find a winning goal.

Inter Milan have now moved above Juventus and to the top of Serie A after a Lautaro Martinez double gave them a 2-1 win over SPAL.

Five times Cristiano Ronaldo has thrown a strop after being substituted