Watch: Cristiano Ronaldo accused of turning back on decisive free-kick 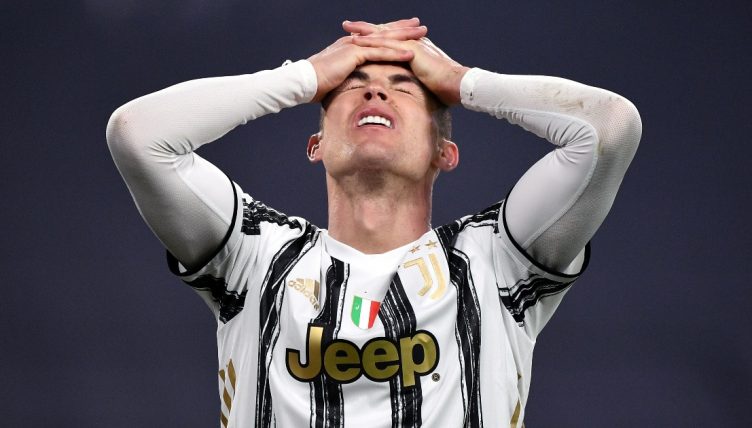 Another year, another disappointingly early Champions League exit for Cristiano Ronaldo at Juventus, and some are questioning his role in the away goals elimination to Porto.

Ronaldo won the European football’s most prestigious trophy in four of his last five years at Real Madrid, and it was hoped at Juventus that his signing could take them from conquering Italy to conquering the continent.

But after a shock defeat to Ajax in the quarter-finals in his debut season in Turin, things have just got worse from there, with back-to-back round of 16 exits to Lyon and Porto, who Juve beat 3-2 on Tuesday night, progressing on away goals with the scores tied at 4-4 on aggregate.

Sergio Oliveira extended Porto’s 2-1 first-leg lead with an early penalty at the Allianz Stadium, only for Federico Chiesa to score twice to take the game to extra-time, with the visitors having earlier been reduced to 10 men as Mehdi Taremi saw red.

But it was 10 man Porto that clinched it, scoring a crucial away goal through Oliveira’s free-kick, meaning Adrien Rabiot’s quick response proved only a consolation.

Oliveira spotted that Juventus went without the ever-more-popular crouching man behind the wall and tried his luck at finding the gap. Ronaldo obliged, turning away as he jumped over the ball.

THIS IS TRULY INCREDIBLE!!!!

Sérgio Oliveira scores for 10-man Porto and the visitors are on the brink of going through!

"All of them were at fault there"

No, no it was Ronaldo.

Juventus went all-in on signing Cristiano Ronaldo to win them the Champions League and it seems like he's basically just made them significantly worse?

People giving stick to Cristiano Ronaldo for turning away from that free-kick; but if he HADN”T turned he wouldn’t have been able to heartbreakingly watch the ball go in his goal, so there’s that.