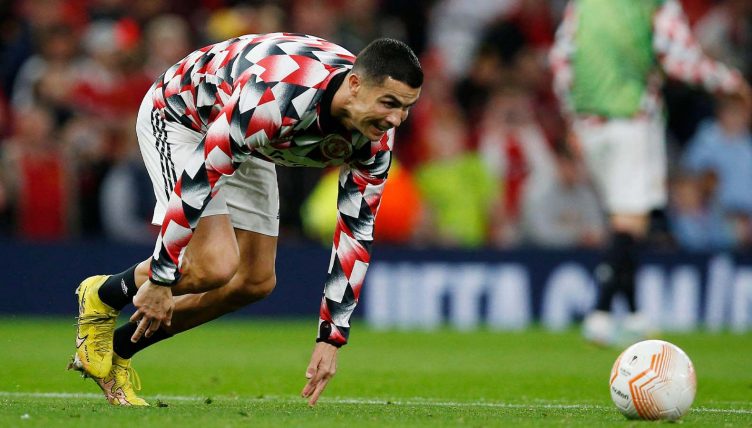 Cristiano Ronaldo has proven that Antony’s controversial spin is harder to pull off than you first might have thought.

Antony recently came under fire from several pundits after his showboating spin against Sheriff Tiraspol in the Europa League. The Brazilian winger elegantly swivelled on the ball before he overhit his pass out of play.

The spin has become a trademark move for Antony as he would regularly whip it out whilst at Ajax. The 22-year-old has a bag of tricks up his sleeve, but it’s fair to say that not everyone is a fan of the spin.

Man United beat Sheriff 1-0 in the Europa League, but it was Antony who grabbed plenty of the headlines. Erik ten Hag brought the winger off at half time and he was absent from Man United’s win over West Ham due to an injury.

Speaking to BT Sport, Paul Scholes wasn’t left impressed with the spin claiming: “I don’t know what he is doing, it is just ridiculous.

“It is showboating, he is not beating a man, he is not entertaining anyone. It’s 0-0 then he kicks the ball out of play.

“Look that’s the way he plays I’ve seen him do it many a time at Ajax as well. That’s just the way he is but I think he needs that knocking out of him.”

It’s fair to say that former Crystal Palace manager Ian Holloway wasn’t the biggest fan of the spin either. He explained on Sky Sports: “Was it relevant? Was it needed? He would be getting a flea in his ear to be honest.

“It’s disrespectful, I don’t even know what he is thinking. Unnecessary nonsense. Practice that off the pitch, on the training ground, but when you go on there you have got to be realistic.

“He gave the ball away two seconds later, kicked it straight out so come on.

“He has had a great start, I don’t know him, obviously his manager knows him. His manager wouldn’t put up with that, and neither would the other players. It’s disrespectful and it’s silly. Grow up a bit.”

Ronaldo proved in Man United’s warm-up against West Ham that the trick isn’t quite as easy to pull off as you might have thought.

The 37-year-old managed half a rotation before he lost control of the ball and laughed to himself.

Ronaldo was notorious for his dribbling and skilful runs throughout his first stint at Old Trafford.

The Portuguese superstar was like lightning in a bottle in his younger years and he often had the end product to back up his showboating nature.

These days he is more selective when it comes to whipping out the skills, but that’s not to say he can no longer do them.

Ronaldo will still look to do a series of stepovers or a fancy flick whenever he gets the opportunity, although he might not be doing the Antony spin in a game anytime soon.