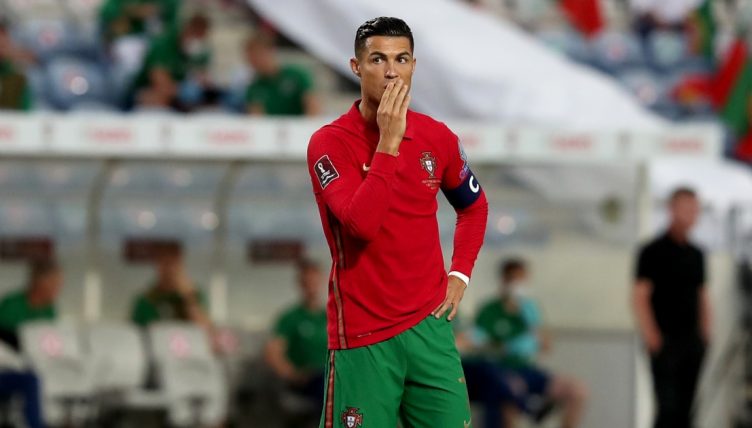 Cristiano Ronaldo scored two late goals as Portugal beat Ireland 2-1 in their World Cup qualifier on Wednesday night but he arguably shouldn’t have even been on the pitch after slapping Dara O’Shea in the first half.

Ronaldo, who dramatically returned to Manchester United earlier this week, went into the match looking to break Ali Daei’s record of 109 international goals.

And the 36-year-old was presented with the perfect opportunity to do just that when Portugal were awarded an early penalty.

Ronaldo lined up the spot-kick but the mischievous O’Shea decided to run his foot over the ball in a bid to distract his opponent.

The forward gobbled up the dangling bait and brushed his hand over O’Shea’s face, who exaggerated his reaction somewhat and tumbled to the floor.

He went on to miss the penalty, but Ronaldo had the last laugh as his late pair of goals won the game for Portugal and smashed Daei’s record.

"He probably shouldn't raise his arms but it's nothing dangerous."

Was Cristiano Ronaldo fortunate to stay on the pitch after raising his hands to Dara O'Shea before he missed his first-half penalty? 👀 pic.twitter.com/tvAvSV1o7Z