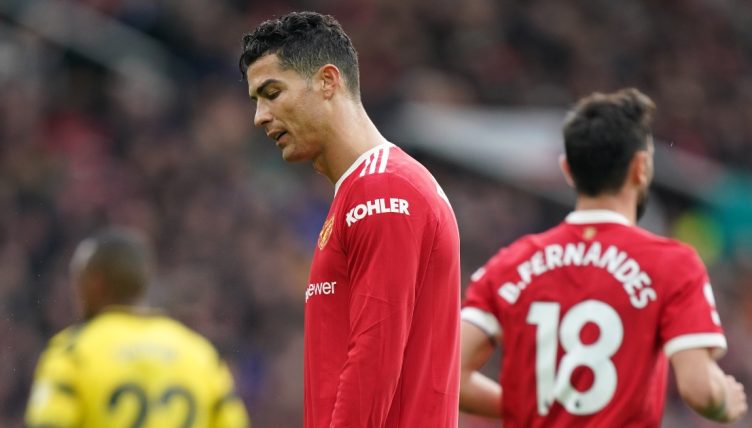 A statue-esque Cristiano Ronaldo got in the way of Bruno Fernandes’ goalbound shot as Manchester United dropped two vital points in their quest for Champions League qualification.

Ralf Rangnick’s men were under pressure to deliver a win against Watford on Saturday afternoon, after top-four rivals Arsenal beat Wolves in midweek and Tottenham thrashed Leeds United 4-0 earlier in the day.

But it was a frustrating 90 minutes, in which United toiled to break the deadlock against Roy Hodgson’s Hornets, who defended stoutly.

Ronaldo and his team-mates dominated at Old Trafford, and registered 22 shots – but crucially, just three on target.

The Portuguese’s afternoon, as well as United’s more generally, was summed up in the opening stages when Bruno Fernandes shot at goal – only for his Portuguese compatriot to do a decent impression of a defender and get his body in the way of the shot, which looked like it was headed on target, and at the very least would’ve forced a save from Ben Foster.

“Our job as coaches is to help the team to create enough chances,” Rangnick told reporters after the match.

“The number of clear chances we had today had to be enough to win a game like this.”