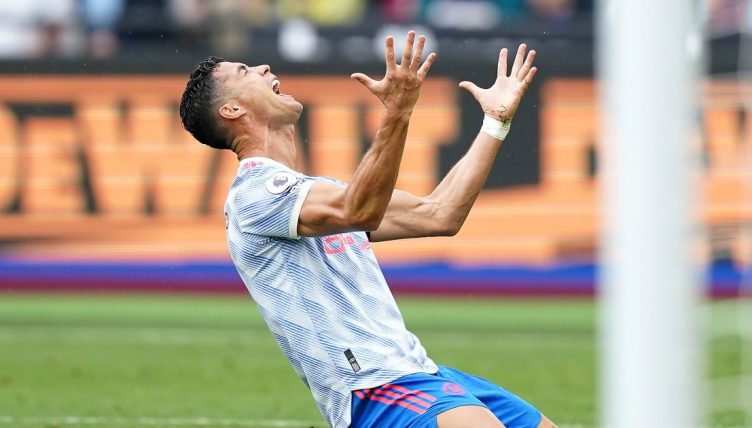 After Said Benrahma gave West Ham the lead, Ronaldo managed to score his fourth goal in three games by poaching an equaliser.

And most impartial observers would agree that he should have been awarded a penalty in the game’s final quarter.

The Portugal international chopped the ball outside West Ham full-back Vladimir Coufal who dangled a leg and bought his opponent down.

VAR took a brief look at the contentious decision but decided not to intervene – promoting a furious reaction from Ronaldo.

United need not have worried. Jesse Lingard scored a spectacular goal to give the away side the lead in the 89th minute.

Even then, Ronaldo was denied what was arguably an even clearer penalty after an ill-timed lunge from Kurt Zouma.

“[The] first and the last [penalty shouts], I think they are stonewall and you can’t even argue against them,” Ole Gunnar Solskjaer said after the game,