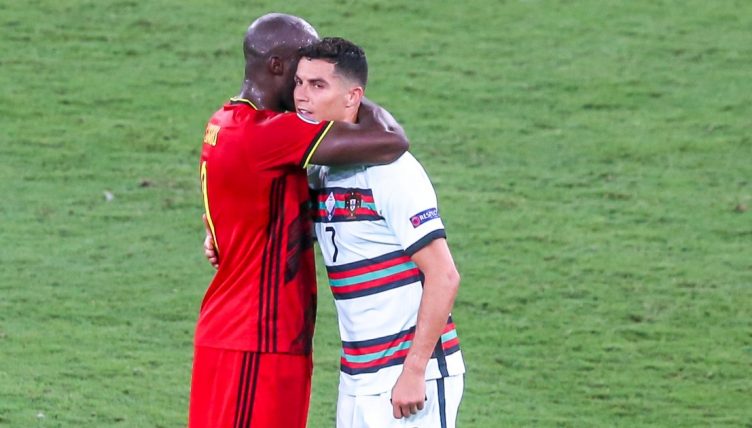 Cristiano Ronaldo cut a frustrated figure in Portugal’s 1-0 defeat to Belgium, ensuring their elimination from Euro 2020 at the round of 16 stage, and that continued as he trudged off the pitch.

Belgium stars Thibaut Courtois and Romelu Lukaku offered words of encouragement to Ronaldo after the final whistle, but they clearly didn’t succeed in making him feel any better.

It just wasn’t the Portugal captain’s night. In the opening stages, he didn’t even get a free-kick for some amateur dramatics after running into Thomas Meunier, while he received criticism on social media and from ITV pundit Ian Wright for being wasteful and greedy with his free-kicks.

It’s only a matter of time before Ronaldo gets the record outright, but he’ll have to wait until later in the year for a chance to notch his 110th goal.

But the abiding memory of his Euro 2020 may well be throwing his captain’s armband to the floor and kicking it in exasperation, before ranting at a member of staff that picked it back up.