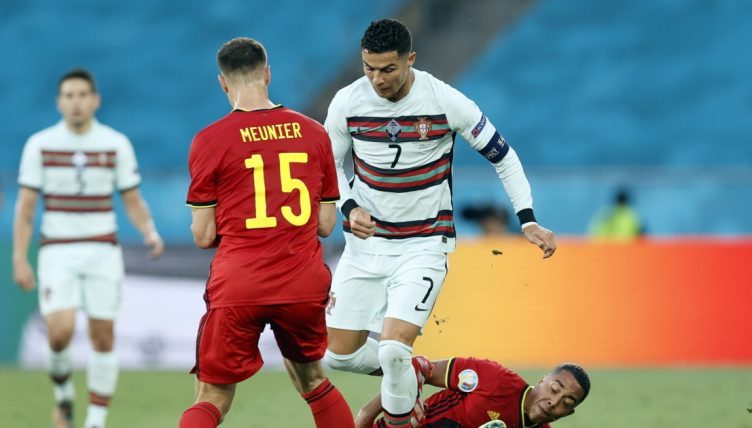 Cristiano Ronaldo let his frustrations show as Portugal toiled during the first half of their Euro 2020 match with Belgium.

Ronaldo came into the match as the tournament’s top scorer having netted five during the group stages.

But Portugal were frustrated by Thorgan Hazard’s stunning strike that gave Belgium a 1-0 half-time lead.

Their talisman was generally on the periphery of the action, bar one free-kick that drew a good save from Thibaut Courtois.

And his frustration boiled over after being felled by Thomas Meunier.

Ronaldo was attempting to make progress down the left flank before running into the Borussia Dortmund defender.

Upon falling to the floor, the 36-year-old produced the kind of startled cry that a dog emits when you almost stand on its paw.

He went down holding his face but German referee Felix Brych remained unmoved by Ronaldo’s protests.