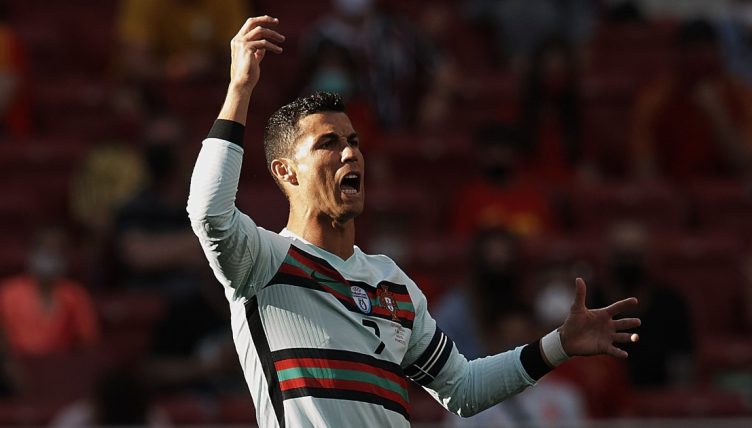 Former Southampton defender Jose Fonte scored a header that Cristiano Ronaldo himself would have been proud of as Portugal took on Spain in a friendly ahead of Euro 2020, but it was ruled out.

Ronaldo was not best pleased with the referee’s decision, remonstrating with the match official as if it were one of his, but replays showed that Fonte had pushed and climbed over Villarreal defender Pau Torres.

Still, take nothing away from the leap and the effort, superbly placed into the bottom corner. Given it was ruled out, it meant that neither Portugal nor Spain registered a shot on target in the first half of a somewhat cagey friendly in front of fans in Madrid.

For all the emerging talent in the Portugal squad, such as Bruno Fernandes and Joao Felix, sometimes it’s the old guard that are best: 37-year-old Fonte just won the Ligue 1 title with Lille, 38-year-old Pepe put in one of the individual performances of the Champions League as Porto dumped out Juventus, while Ronaldo finished Serie A’s top scorer and is chasing the record for the all-time most goals in international football history.