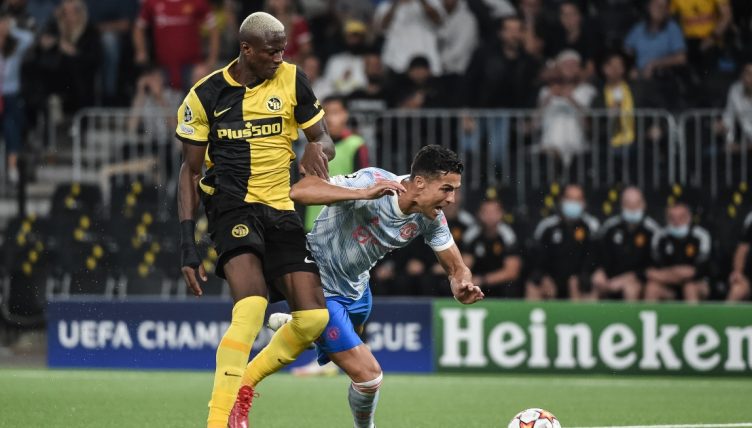 Manchester United‘s Cristiano Ronaldo was not happy after his penalty appeal was waved away against BSC Young Boys.

Ronaldo completed a surprise return to United on transfer deadline day and has enjoyed a brilliant start to his second spell in England.

The Portugal international started in the Premier League game against Newcastle on Saturday, scoring twice in a 4-1 win at Old Trafford.

He then broke the deadlock in their Champions League opener against Young Boys, making it three goals from his first three shots on target.

But United had their backs against the wall after Aaron Wan-Bissaka was shown a straight red card in the 35th minute.

During the second half, Ronaldo reacted quickly and nipped in behind Mohamed Camara before racing into the penalty area.

He then went down under contact from the defender and furiously appealed for a penalty but the referee deemed that it wasn’t a foul.

Moumi Ngamaleu equalised moments later and Ronaldo was replaced by Jesse Lingard in the 72nd minute.

Watch: Man Utd’s Aaron Wan-Bissaka gets sent off for a reckless challenge