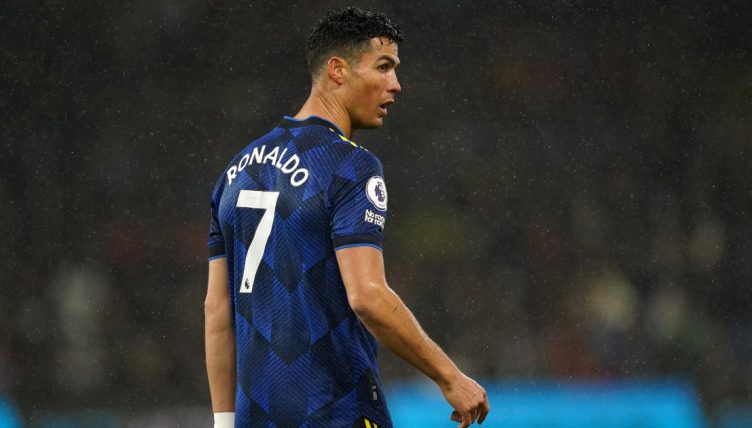 Cristiano Ronaldo has not been a happy boy in recent weeks and he displayed his rage once again as he left the pitch after Manchester United’s Premier League draw with Burnley on Tuesday night at Turf Moor.

Ronaldo caused something of a media storm in January when he demonstrated his displeasure at being substituted in the second half of United’s win over Brentford in west London.

After interim boss Ralf Rangnick hooked Ronaldo at the Brentford Community Stadium, the Portuguese star reacted like a toddler who’d been told they couldn’t have a packet of Smarties, sitting on a step, recovery beverage in hand, ranting and moaning and asking ‘Why me?’

Following that incident, Ronaldo played the full 90 minutes in United’s games against West Ham in the Premier League and Middlesbrough in the FA Cup.

After United lost the second of those at Old Trafford last Friday night, with the Portuguese missing a penalty in normal time, Ronaldo was dropped to the bench by Rangnick for Tuesday night’s Premier League tie against Burnley.

United started brightly and took a first-half lead through Paul Pogba. but Burnley came back early in the second half, with a Jay Rodriguez effort levelling things up.

Ronaldo was eventually introduced but made little difference in his 22 minutes on the pitch after replacing Edinson Cavani.

At the end of the game, the 37-year-old ran straight from the field of play without sticking round to shake hands or applaud United’s travelling supporters.

His goalless cameo at Turf Moor was Ronaldo’s fifth game without scoring – his longest run in club football since 2010 – and Rangnick explained why the forward was left on the bench on Tuesday.

Speaking to MUTV prior to kick-off, the interim manager said: “We’ve played Burnley a few weeks ago and seen quite a few games here at Turf Moor, we knew in the early stages it will require a lot of running, chasing balls, a lot of fighting for second balls, so I decided to start with Edi because this kind of profile suits him.”

Cristiano Ronaldo ran straight off the pitch at the final whistle of Man Utd's draw with Burnley 😬 pic.twitter.com/vnsYvYakmb